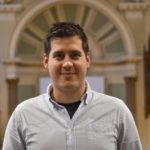 Ashley is married to Jodie and they have a buzzing household with three young children, Charlotte, Joel and Gracie. Having grown up in a non-christian home, he became a follower of Jesus in 2012 following a number of dramatic events which led to someone sharing the gospel with him. Ashley worked in Sales and Account Management before pursuing Pastoral Ministry. He completed the Cornhill Training Course followed by a Theological Degree through ETS. Ashley enjoys gardening in his spare time, listening to podcasts and reading.

Ashley is our Assistant Pastor for Children & Youth. 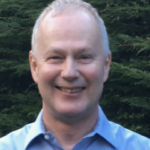 John is married to Claire, and became a member of Charlotte Chapel in 1993. He has served as an Elder twice before and has been an usher since he joined. He also led a Fellowship Group for ten years and has served as a Deacon.

John works for BBC Scotland as a cameraman in news and politics. 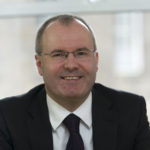 I am married to Claire and we have two sons, namely James and Matthew. We live in the Blackhall area of Edinburgh. I am a solicitor who specialises in civil litigation.

I grew up in Aberdeen in a Christian home. I came to faith in the Lord Jesus at the age of 16, following a Billy Graham rally. I came to study in Edinburgh in 1991 and was baptised in CBC as a believer in early 1994, becoming a member that same year. I have been in membership since then.

I have served in various roles in the Chapel, including the then Fellowship Groups, Christianity Explored, Treasurer (2011 to 2016) and more recently as Elder for Children & Youth (2018 to 2020) 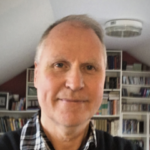 Married to Ailish, with three grown-up children, and seven grandchildren, in my life I have worked variously in travel, police work, ministry and teaching, most recently as a teacher of English to speakers of other languages. Using this skill as a tool, I have engaged in ministry towards internationals at the Chapel since 2014, first in the Chapel’s All Nations English Language Café (ANELC), and then in the International Fellowship. I have been active in Growth Group, Toolbox Ministry, and various 1-to-1 Bible study and discipling initiatives. I have served as Elder for Local International Mission since 2017. 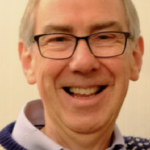 I am married to Jean and have two grown up children, Michael and Rebecca. I retired from work in the NHS at the end of  2017.

I came to faith in the Lord Jesus as my  Saviour through the witness of others in Charlotte Chapel Young People’s Meeting (YPM). After that I began to regularly attend the Chapel, was baptised and came into membership.

I subsequently served on the committee of YPM and as the Vice President. Since becoming a Christian, I have been involved in work amongst young people including beach missions and with the Chapel Scout Group. I served as Youth Council chair for several years. I have served both as a deacon and as an elder in the Chapel. I am currently a Growth Group leader 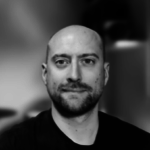 My name is Graham, born and raised in Edinburgh. Married to Rebekah and have two young children, Zack and Ava.

Charlotte Chapel is my home church, and I’ve been attending since I was born. I was raised through Sunday school, uniformed organisations, and put my faith in Jesus during my teenage years at a YPM September weekend – recognising my rebellion against God and my need for Jesus as my saviour. Subsequently, I was baptised, came into membership, and later served as the VP of YPM for several years.

After YPM, I have been involved in leading small groups in various settings, from Equip (now YACC) through to my current Growth Group.  I also love being able to serve as part of the music team here at the Chapel. 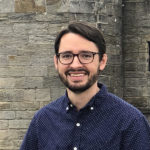 I am married to Lauren and we have two children, Luke and Benjamin. I became a believer in Christ when I was 17 after recognising the difference between my own lifestyle and the godly lives of some Christian friends, and after hearing the gospel in a church youth group that I had started attending. When I entered university, I began meeting regularly with a few mature Christian men who discipled me and helped me grow as a disciple maker.

After university, I served for more than 10 years in cross-cultural Christian ministry. I have completed postgraduate courses in theology at Southeastern Baptist Theological Seminary (North Carolina) and the University of Edinburgh. I am currently a PhD student at the University of Edinburgh doing research in historical theology. It’s such a joy for me to serve as elder for growth groups and I look forward to seeing how God will equip his people for the work of ministry. 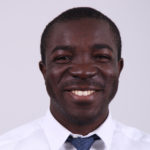 Originally from Ghana, I moved to the UK in 2012 to study at Nottingham, and then to Edinburgh in 2013 where I joined Charlotte Chapel on my first Sunday in the city on 23 September. Growing up I was introduced to God by my mother and grandparents. In 1998, I made a personal decision to accept Jesus as my saviour and Lord and His sacrifice on the cross. I have since continued to trust in Him who has and gives eternal life to all who come to him in faith. I am married to Josephine, and we are blessed with three children, Ohenewaa, Andrew and Benjamin. I work at the University of Edinburgh as a Research Project Manager. 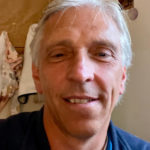