Charlotte Chapel has 6 deacons who look after the practical running of the church. 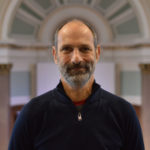 Richard and his family have been attending Charlotte Chapel since returning from Australia in 2007 and he has been involved with a fellowship group, toddler crèche and also Beavers during this time. God has used Charlotte Chapel significantly in Richard’s life and he is delighted to now be helping the Chapel to glorify God by serving as the Deacon for IT. This role oversees technology used in all aspects of church life from office admin to the Sunday Services.  Richard is married to Kristi and has 4 children, Finlay (11), Johnny (10), Lucy (8) and Ramsay (5). He has worked in the IT industry for 25 years and is currently a Change Programme Manager with Standard Life. 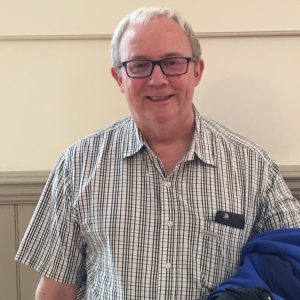 Trevor is married to Arlene and they have two children Marcus (21) and Olivia (18). Trevor has recently retired after 45 years working as a Control Systems Engineer within the petrochemical industry, travelling extensively during that time providing global operations support and technology direction. Trevor recently managed a major IT project at the new ExxonMobil technology centre in Houston, Texas.

Trevor gave his life to the Lord in 1987 and was baptised shortly afterwards whilst attending a Brethren Church in Edinburgh. He has been a member of Charlotte Chapel since 1994 and during that time has served as Elder, Deacon, and Pastoral Group Leader. He currently serves in both the General and Mission finance teams.

Trevor welcomes the opportunity that retirement has brought to continue to serve our Lord as Church Treasurer and would endeavour to do so faithfully in God’s grace and strength. 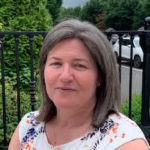 Andrea has been a member of Charlotte Chapel since 2001.  She has been involved in a variety of ministries including Sunday School, Crèche and Rainbows.  Married to Phil with two daughters Zara and Carys. Andrea works in the Finance Department of a Clinical Research Company. 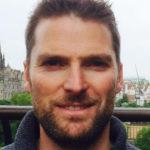 Tim is married to Ali and they have three children, Freya, Jacob & Elodie
Tim runs a funeral directors which is a family business and has branches throughout Scotland and the north of England, and employs over 110 people.
He was brought up in a Christian family, and although he cannot remember the exact age he gave his heart to the Lord it would be in his mid-teens. Together with his wife Ali he has been attending the chapel since 2002. Over the years Tim has been involved with some of the youth work at Charlotte Chapel. 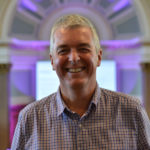 Roger was born and brought up in Dumfries. He is married to Anna with three boys, Robert, Philip and Sam. He has worked as funeral director for 35 years and been a member of the Chapel since 1996. 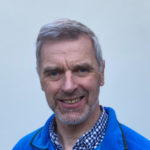 Steve became a Christian in his early 20s and has been a member of Charlotte Chapel for over 20 years, having previously served as the Deacon for Media and Communications and is one of the welcoming team on a Sunday.  He has been the Deacon for Property since 2021, responsible for the fabric of the Chapel building and its practical management, using his knowledge from the day job of being a property manager.

Steve is married to Sarah and has two teenage children, Struan and Thea, and two Border Terriers, Salty and Cookie.